Michel YAKOVLEV, a.k.a YAKO was born in New York in 1963, he grew up in Geneva where he made his first graffiti and exhibitions in the 1980s, at a time when this culture was not elevated to the current level but resolutely underground and provocative…

By tradition and through family culture he started painting at an early age and even received encouragement from Marc Chagall at the age of 12. He declared to Chagall that he wanted to be a painter and architect…

After graduating as an architect at the Grenoble School of Architecture in 1988, YAKO has been living in the Paris region since 1992. Throughout the 1990s, YAKO devoted himself mainly to his artistic production, he produced public commissions, produced personal exhibitions and participated in cultural events. This period of creation offers him the opportunity to practice techniques such as stained glass, ceramics or welding.

In the 1990s YAKO created a sail for Thierry Dubois’ boat, who would take part in the Vendée Globe 97 with it. He created 80 flags/stained-glass windows to adorn the old downtown of Saint Tropez. He produced performances such as this fashion show of painted clothes at the Bains Douches in 96. He applies for public commissions to produce works of art in schools and recreational centres. YAKO also creates objects, clothing,

His characters, with their simple and meaningful physiognomy, lean towards universality. His plastic vocabulary pays tribute to painting and its history. The main themes of painting; portraits, still lifes, landscapes, nudes; are thus reviewed and interpreted in an bright colours with the joyful spirit and relentless optimism of the artist…

YAKO develops a personal plastic vocabulary in the world of free figuration and graffiti, which he pioneered at the turn of the 80s and which can still be traced in his current work, between the intervention of stencils, lettering, but also the spray paint that he frequently uses to make his works. YAKO is attached to the signs. Thus, the motif of the arrow that is found everywhere as a second signature, for him the ultimate meaning of our actions is the search for happiness and the many ‘happy’ enamelled his painting can attest to it. He knows that this happiness is not imposed as an external given but is built, hence the explosion of pop and tangy colours, which can only arouse the most positive emotions.

YAKO ‘s long-standing goal has been to combine his two activities by integrating his artistic production into public and private construction projects.

From the graffiti of his adolescence in Geneva to his geometric paintings or his holiday watercolours taken on the spot, YAKO travels life by painting ..

There are no reviews yet. 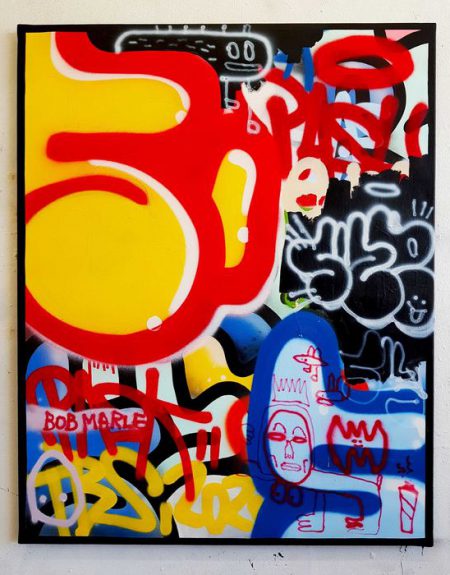 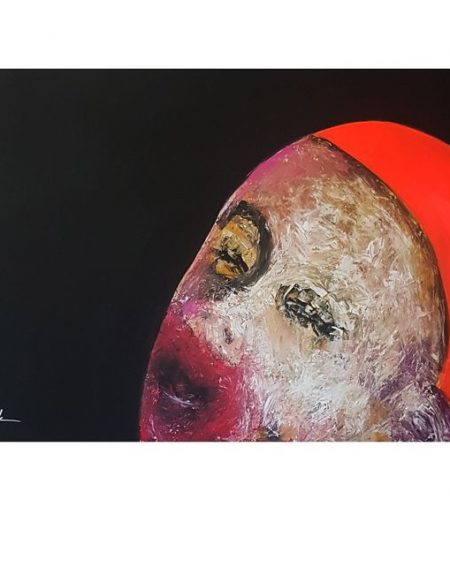 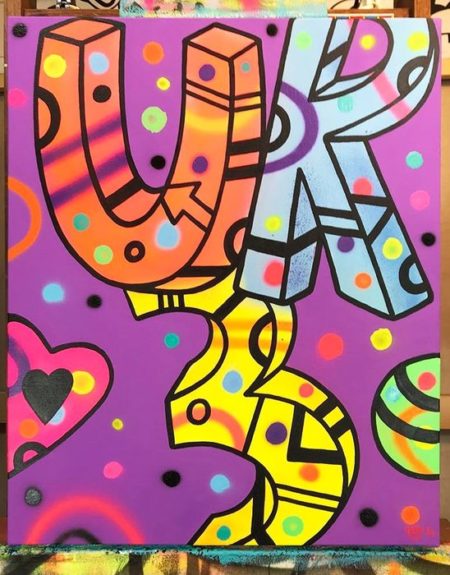 UR3 (you are free) by YAKO Michel YAKOVLEV